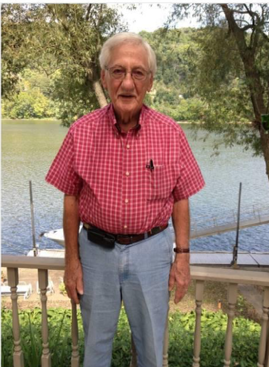 Guido Batista, 95, a longtime resident of Neville Island, passed away peacefully on June 27, 2020. He proudly served our country in the United States Marine Corps. Guido was a very hard worker and was employed with Shenango Inc. for over 40 years until his retirement in 1985. He was the Commissioner of Neville Township for 12 years. You could often find Guido spending time with his dear canine companion, Duke. Guido still celebrated every anniversary he shared with his loving late wife, Mabel M. Batista, who passed in 2008. They would have celebrated their 73rd anniversary.