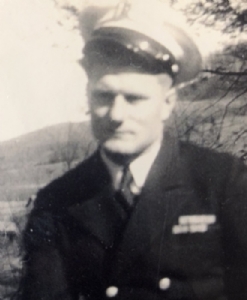 Jack demonstrated the highest ideals of citizenship and loyalty during his long life. Jack enlisted in the U.S. Navy in 1941, and served his country with honor and distinction during his six years of active duty. During World War II, he served on a mine-sweeper in the North Atlantic and on attack transports in the Pacific. Jack attained the rank of Master Chief, and circumnavigated the world. Following his active duty, Jack continued his service as a Recruiter with the Navy Reserve for 32 years and worked for the Pennsylvania Railroad and as a supervisor with the Duquesne Light Company.

Jack was well-known in his community as a helpful and generous neighbor and friend. He was always happy to lend a hand with a project or share a cold drink on the porch. He enjoyed working on their home, gardening, and golfing. Above all, Jack took great pride in his family and the life he built with his wife over their 78 years together. Jack was a strong man with a big heart and an inquisitive mind. He was a true hero to his family, his friends, and his country.

Viewing and service will be held following CDC guidelines at Copeland Funeral Home in Coraopolis. Jack will be interred in a family plot at the Coraopolis Cemetery. In lieu of flowers, please consider a donation to Neville Green or the Coraopolis VFW.