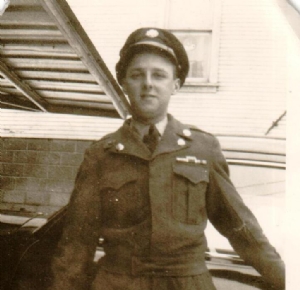 Robert A. Pirohovich, 92, proudly served his Country during both WWII and Korea in the U.S. Army, recipient of the WWII Amry of Occupation Medal, WWII Victory Medal, and the National Defense Service Medal. Robert was born in Sewickley on March 24, 1928, one of two children born to the late Adam and Marie (Opichal) Pirohovich. Robert made his life-long home in Coraopolis where he worked for the United States Post Office and was a volunteer extraordinaire for VFW Post 402. An avid gardener, no one could rival his garden. He is survived by his nephew Robert Kleindienst and wife Margie; great niece Morgan Kleindienst; his niece-in-law Jackie Kleindienst (wife of the late Air Force Sgt. Richard Kleindienst, Jr.; great niece-in-law Jenna Kleindienst. In addition to his parents and his nephew, he was preceded in death by his sister and brother-in-law Mary A. and Richard Kleindienst. Visitation Wednesday 2-4, 6-8 with VFW service at 7 PM Copeland’s Coraopolis, 867 Fifth Ave. Burial will be private at Coraopolis Cemetery. In lieu of flowers, donations may be made to VFW Post 402.