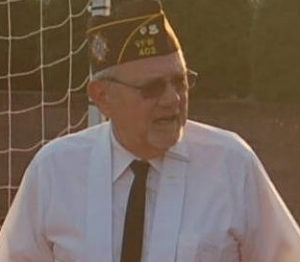 Rapp, III, William "Bucky"; Age 80, of Moon Twp, PA formerly of Coraopolis, PA passed away on Thursday December 9, 2021. Beloved husband of the late Ruth Ann (Soda) Rapp. Loving father of Daniel (Mary) Rapp, Theresa "Terri" Rapp Krah (Paul Donahue) and the late William Rapp IV (surviving spouse Tammy). Brother of Linda Benson, James Rapp, Alma Rapp and the late Carol and Nancy. Grandfather of Sonya, Toni, Christian, Desiree, Justin, Kacie, Alexis and Samantha. Also survived by 10 great-grandchildren, numerous nieces and nephews, and companion Carolyn Meyers. Bucky was an electrician in the International Brotherhood of Electrical Workers. Prior to becoming an electrician, he served his country in the United States Navy during the Cuban Missile Crisis. He enjoyed his missionary work as a member of the West Ridge Christian Community Church where he accompanied them to the Crow Indian Reservation in southern Montana. The love he had for God, his family, his dog Waitha and his county was most important to him. He was a proud member of the VFW in Coraopolis and and  the American Legion. Friends received at R.D. Copeland, Ltd, 867 Fifth Avenue, Coraopolis, on Sunday from 2 - 4 and 6 - 8 PM. Funeral services will be held at the funeral home on Monday at 11 am. Interment and military honors will follow in the Coraopolis Cemetery. Contributions in Bucky's honor may be made to the Coraopolis VFW, 412 Mulberry Street, Coraopolis, PA 15108.