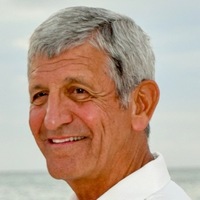 Born in Easton, PA, he was the son of the late Philip and Beatrice (Rivilli) Dragotta. He was married to the former Laurie Wilson Ritz, exchanging wedding vows on the beach of Aruba in 2019.

After graduating from Easton Area High School in 1966, he served in the United States Navy from 1967 – 1969. Carmen then attended Robert Morris College from 1969 – 1973, receiving his Bachelor’s Degree in Marketing. Upon graduation, he attended Officer Candidate School in Quantico, VA (1973) and was commissioned as a 2nd Lieutenant in the United States Marine Corps. He went on to earn his aviation wings in 1975 and attended United States Marine Corps Command and Staff College in 1986. He served primarily as a helicopter pilot, a flight instructor, and a test pilot. After 22 years of active service, he retired as Lieutenant Colonel in 1993. During his military career, Carmen received many personal awards, including the Air Medal, two Navy Commendation Medals, and the Navy Achievement Medal.

After his extensive military career, he flew Medivac Helicopter in Pittsburgh, PA. He worked for Corporate Jets and Metro Aviation, retiring as area manager in 2016. Carmen loved his dogs Mellie, Louie, and Annie, and most of all, loved being with his wife and spending time with their families and friends.

In addition to his loving wife, he is survived by his sons, Mark Dragotta of Denver, CO; Matthew Dragotta and wife Anna of Pittsburgh, PA; Michael Dragotta and partner, Nicole of Coopersburg, PA; a step-daughter Kristine VanSickle and husband Michael of Wexford, PA; a sister Phyllis Wargo and her husband Michael of Salisbury Township, PA; a brother Anthony Dragotta and his wife Donna of Pohatcong Township, NJ; grandchildren Leandro and Harvey.

Services will be private at the convenience of the family. Funeral arrangements are under the direction of Morello Funeral Home, Inc. 3720 Nicholas Street, Easton, PA (Palmer Township).